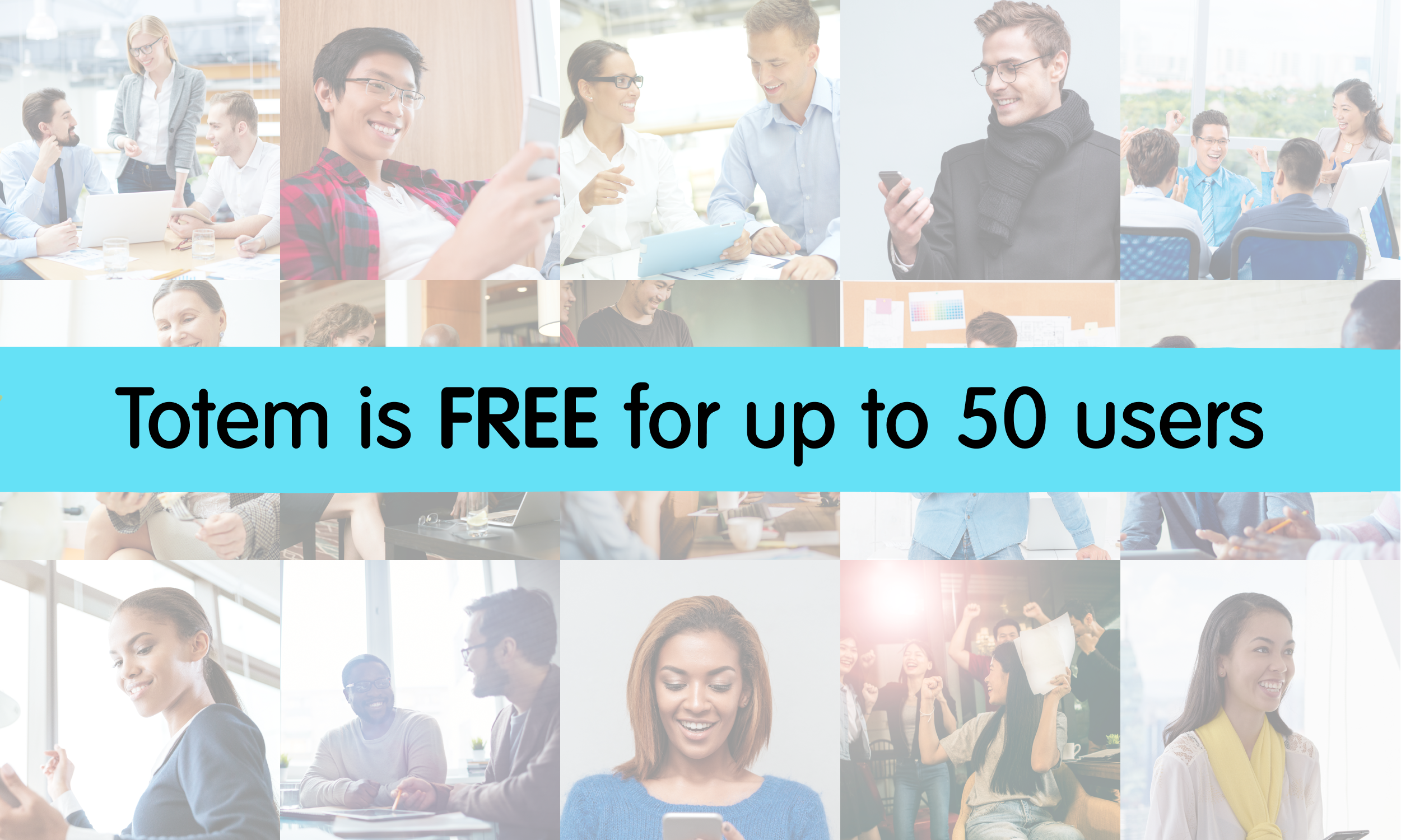 Since we launched Totem all the way back in 2017, we always knew it was a game changer for small teams;

That’s why this week is such a big deal for us at Team Totem.

Our Founder, Marcus Thornley, stated “making Totem accessible to anyone has always been an ambition of ours, as we’ve seen first hand the impact a vibrant feed and a culture of recognition can bring to a company.”

This is an exciting new step for Totem, and we can’t wait to see the amazing cultures that we help build over the coming years.

If you want to get started, head on over to www.totem.team/start to set up your own Totem instance for free.